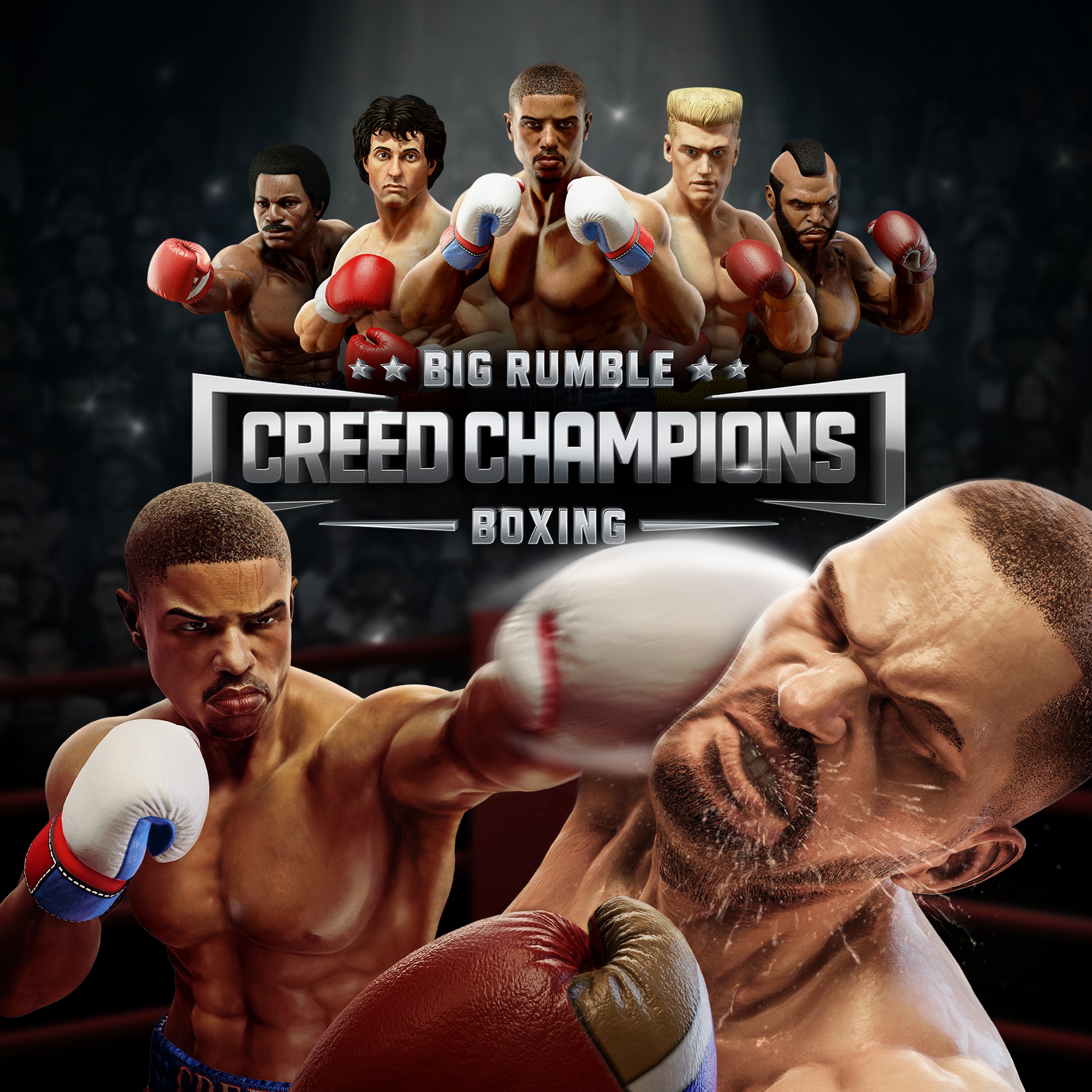 From the E3 2021 Showcase, we are jumping around the ring with excitement to announce Big Rumble Boxing: Creed Champions coming to Nintendo Switch, PlayStation 4, Xbox One, and PC (via Steam) on September 3, 2021! In collaboration with MGM and Koch Media, we are bringing a brand-new arcade boxing game to the Creed video game franchise, featuring legendary characters from MGM’s classic Creed and ROCKY™ Cinematic Universe.

Check out the Announcement Trailer that was revealed today via IGN!

Featuring a unique roster of characters, such as Adonis Creed, Rocky Balboa, Apollo Creed, Ivan and Viktor Drago, Clubber Lang and more, players in Big Rumble Boxing: Creed Champions will square up against the best fighters in the world in a heart-pounding single-player arcade mode, as well as challenge friends and family in a local PvP mode!

Boxers will also have a chance to practice their sparring moves in the included Creed & Rocky training montages and take on world-class opponents across a variety of locations as they follow each character’s individual story.

Big Rumble Boxing: Creed Champions will feature Pound-for-Pound Boxing for all including intuitive, pick-up-an-play controls, robust boxing mechanics, and fighter-specific super finishers for cinematic knockouts. Dip into the Ultimate Creed and ROCKY™ Cinematic Universe by experiencing the legendary tales of 20 iconic characters while unlocking their characters and outfits, as well as playing through training moments in thematic mini games all throughout the 13 Classic and original boxing arenas.